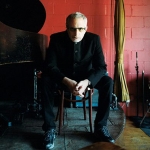 SHOW IS RAIN OR SHINE. COME EARLY TO PARK TO AVOID TRAFFIC DELAYS. PARKING IS AVAILABLE DURING PUBLIC PARK HOURS, 6AM – 11PM. ALL VEHICLES ENTERING THE PARK WILL BE SUBJECT TO A $5 PARKING FEE.

Since forming in 1972, Steely Dan has sold over 40 million records worldwide. The band’s acclaimed album Can’t Buy A Thrill was named 145 in Rolling Stone’s 500 albums of all time. Their eighth album, Two Against Nature, saw Steely Dan win an impressive total of four Grammy Awards including Album of the Year and Best Pop Vocal Album. The band has celebrated a long history of success having worked with the likes of multi-award winning singers Barbra Streisand and Diana Ross. Founder member Donald Fagen lost his bandmate Walter Becker in 2017 after a sudden illness.

About Steely Dan
Founded in 1972, Steely Dan has sold more than 40 million albums worldwide and helped define the soundtrack of the ’70s with hits such as “Reelin’ in the Years,” “Rikki Don’t Lose That Number,” “F.M.,” “Peg,” “Hey Nineteen,” “Deacon Blues,” and “Babylon Sisters,” from their seven platinum albums issued between 1972 and 1980 – including 1977’s sold-out tours (that continues through today). In 2000, they released the multi-GRAMMY-winning (including “Album of the Year”) Two Against Nature and released the acclaimed follow-up Everything Must Go in 2003. Steely Dan was inducted into the Rock and Roll Hall of Fame in 2001.

Ticket Info: https://www.pinewoodbowltheater.com/event/steelydan/
Event Website: https://www.pinewoodbowltheater.com/event/steelydan/
Add to my calendar
Venue: Pinewood Bowl - Lincoln
Surrounded by the natural beauty of evergreens, the venue offers a night under the stars like no other. Pinewood Bowl serves a local population of 285,000 and can accommodate up to 5,500 people. “Concerts at Pinewood Bowl Theater and its breathtaking natural setting will be a memorable experience for the fans as well as for the musicians,” remarks SMG Lincoln General Manager Tom Lorenz. Lincoln Mayor Chris Beutler adds, “I encourage the community to support the summer concert series at the Pinewood Bowl Theater as we start a new chapter in the long history of this iconic amphitheater.”
3201 South Coddington Avenue
Lincoln, NE 68526
Phone: (402) 904-4444
Hours: Monday – Friday: 11:30am – 5:30pm
Website: https://www.pinewoodbowltheater.com/
Ticketing: http://www.ticketmaster.com/Pinewood-Bowl-Theater-tickets-Lincoln/venue/50495
Copyright © 2021 by NRG Media. Internet Development by Frankly Media.