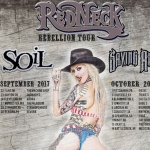 Formed in 1997, Chicago Heavy Rock band SOiL quickly took the scene by storm. The band has sold over 2 million albums worldwide and is best known for the hit singles “Halo”, “Unreal”, “Redefine”, “The Lesser Man”, and “Shine On”.

With the song “Halo” gaining major radio attention, a major label bidding war broke out in an attempt to sign SOiL. The band would ultimately sign to J Records (BMG) by music industry legend Clive Davis. Clive, responsible for signing such acts as Pink Floyd and Aerosmith, stated that “you’re gonna be my only rock band for now. You’re going to be a priority, and I want to break this band.” SOiL experienced mainstream success with the major label debut “Scars” which was released in September 2001. This achievement was aided by the popular singles “Halo” and “Unreal” which gained the band exposure on MTV. The success resulted in the band winning Metal Edge magazine’s 2001 Readers’ Choice Award for “Next Big Thing”. The band consistently toured in support of top name acts such as Ozzy Osbourne and Rob Zombie which propelled the group into arena sized venues and crowds.

Since 2008 Saving Abel has embodied the definition of “Southern Rock.” Even before their “Self Titled” debut LP, they were barnstorming the country making fans everywhere they went, just by being themselves. Simple, down home, charming, country-boys with immeasurable talent that was destined to take them straight to the top. The band was signed by A&R wizard Jason Flom to Capitol records and their first single, “Addicted” did just that, reaching number one on several charts and the follow-up singles “18 Days” and “Drowning” helped sell over 750,000 copies of their debut album. They toured heavily in support of this album, playing with Buckcherry and Avenged Sevenfold, and later on Nickelback, in arenas across North America. Night after night, the boys would go back to the bus with their ears ringing from 15,000 fans screaming their lyrics. 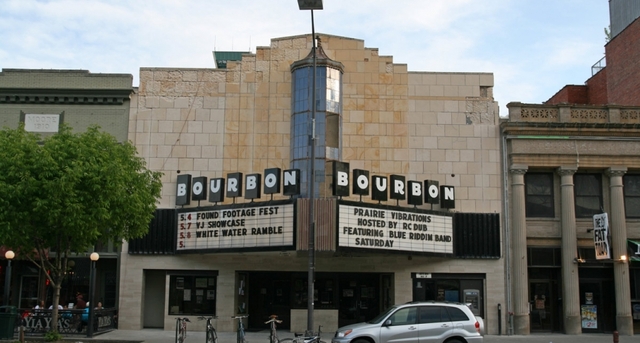