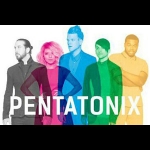 In just five years, Pentatonix has sold more than 6 million albums in the U.S. alone. They have won 3 Grammy Awards and performed for hundreds of thousands of fans at their sold-out shows across the globe. Their YouTube channel boasts close to 13 million subscribers, yielding over 2 billion video views, and their 2015 self-titled album has been certified gold after debuting #1 on Billboard’s Top 200.
In October 2016, Pentatonix released their third holiday album – A Pentatonix Christmas – which has been certified platinum, spending two consecutive weeks atop Billboard’s Top 200 Chart as well as reaching #1 on iTunes and Amazon. The album includes a cover of the Leonard Cohen classic “Hallelujah,” which reached #2 on the iTunes singles chart, generating 20 million video views in its first week (more than 130 million total) and has since been certified gold. The group’s newest release – PTX Vol. 4 – Classics (out April 7th) – features their Grammy Award-winning performance of “Jolene” with Dolly Parton, as well as an arrangement of the John Lennon classic “Imagine.”
Pentatonix also starred in their first network Christmas special – A Pentatonix Christmas Special – which aired twice on NBC last December, garnering 13 million views across the two airings. The special featured music from all three Pentatonix holiday albums. A Pentatonix Christmas follows 2014’s 2x Platinum That’s Christmas To Me, which features the group’s Grammy Award winning arrangement for “Dance of the Sugar Plum Fairy.” In 2015 the group released its first tour documentary – On My Way Home – and appeared in the feature film Pitch Perfect 2.

Special Guests Us the Duo

Known as the first musicians to sign with a major record label due to their success on “Vine” social media, Us The Duo is the married team of Michael and Carissa Alvarado. They joined Pentatonix for their 2016 tour and have just announced joining them again for 2017.

Us the Duo’s social media following has grown to over seven million creating a bonafide lifestyle brand. Their latest album “Just Love” was their highest charting release, reaching #4 on the iTunes Pop Charts and #4 on Billboard Heatseekers. Overall, Us The Duo’s original music has been streamed over 100 million times.

This concert is a rain or shine event. Refunds, credits, or exchanges will not be issued for cancellations as a result of inclement weather. Cancellation is at the discretion of the Artist and the NSF.

The Outdoor Concerts are standing room only. There is limited bleacher seating available. Standard lawn chairs are allowed only in sections 4, 5, and 6. Lawn chairs will only be allowed through Entrances B and C. The admittance of chairs is subject to change, even upon time of arrival, at the discretion of the Artist’s management. All sections are on a first come, first serve basis.
Gate Admission not included; must be purchased separately.

Ticket Info: https://www.etix.com/ticket/p/2933404/pentatonix-grand-island-nebraska-state-fair?_ga=2.23577018.1442880093.1502895326-872751982.1502895326
Event Website: http://www.statefair.org/events/2017/pentatonix-concert
Add to my calendar
Venue: Nebraska State Fair
The Nebraska State Fair is an annual 11-day event that is held at the end of August through early September, ending on Labor Day. The fair is hosted at Fonner Park in Grand Island, NE. The Nebraska State Fair offers insights into the unique culture of Nebraska. It is built on 150 years of tradition and showcases the talent, products and people of Nebraska. Here, Nebraskans come together to experience the latest technological advancements in agriculture, first-class entertainment and the most delectable and extraordinary food the state has to offer. Like many state fairs, the Nebraska State Fair includes a competitive livestock exhibition, farming equipment trade show, and competitions in other fields, such as handmade crafts and baked goods.
700 East Stolley Park Road
Grand Island, NE 68801
Phone: 308.382.1620
Website: http://www.statefair.org/
Copyright © 2020 by NRG Media. Internet Development by Frankly Media.