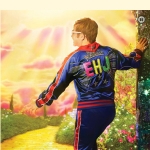 American Express Card Members get early access to tickets Thursday 11/14 at 10AM thru Monday 11/18 at 10PM. #AmexPresale Terms Apply.

Elton wraps 2019 with one of his most successful years to date. In addition to the incredible success of the tour, Rocketman has drawn commercial success and rave reviews, as has Elton’s memoir, Me, which hit #1 on the New York Times Best Sellers list.

The Farewell Yellow Brick Road Tour marks the superstar’s last-ever tour, the end of half a century on the road for one of pop culture’s most enduring performers. Kicking off to a sold-out crowd on September 8, 2018, in Allentown, PA, the tour has since then received…