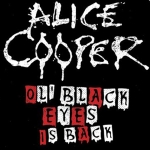 There is little Alice Cooper hasn’t achieved in his remarkable career, and with a world tour and new album, the architect of shock-rock shows no signs of slowing down! He’ll be swinging into Omaha with his own brand of rock psycho-drama to fans both old and new. Ol’ Black Eyes is back!