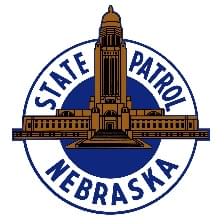 PALISADE, Neb. – The following is from the Nebraska State Patrol:

A McCook man has been charged with several felony counts following an investigation into a December shooting in Palisade, Nebraska. The charges were filed today in Hayes County Court following the investigation by the Nebraska State Patrol.

The victim was transported to Great Plains Health in North Platte and survived the shooting.

Following the investigation, NSP investigators have filed an arrest affidavit in Hayes County Court for Benjamin Farr, 36, of McCook, for second degree assault, use of deadly weapon to commit a felony, possession of a deadly weapon by a prohibited person, and unlawful discharge of a firearm.

Farr is already in custody in Red Willow County Jail on an unrelated charge.

During the investigation, investigators have recovered three firearms that are believed to be stolen.