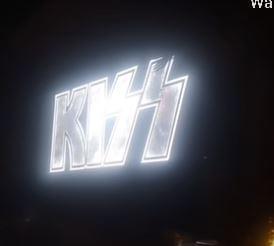 If you’re looking for a safe stay-at-home New Year’s Eve viewing option that doesn’t include having to be subjected to Ryan Seacrest or Carson Daly, here are some suggestions:

KISS will blow out 2020 in Dubai. KISS Goodbye 2020 will stream live in the U.S. Thursday at Noon ET, and tickets to watch it aren’t cheap — they start at $40 and go all the way up to $1000 for a bundle that has “14 exclusive and limited-edition items” including a Blu-ray of the concert.

On a side note, Ace Frehley issued a statement saying: “Contrary to online statements, Ace Frehley was not asked to and will not be appearing with KISS at their New Year’s Eve concert in Dubai. Ace is currently in Nashville recording his new studio album of all original material. Ace wishes all of his fans a happy and prosperous New Year!”

Mick Fleetwood will make an appearance on TikTok’s livestream party starting at 9:30pm ET. The show will count down TikTok’s top 10 moments of the past year, which included a take on Fleetwood Mac’s “Dreams” that saw Nathan Apodaca of Idaho skateboarding to the song while drinking cranberry juice.

ZZ Top’s Billy Gibbons will put a wrap on 2020 with his sixth annual all-star Jungle Show concert from the legendary Antone’s in Austin, Texas. Among those joining him are Jimmie Vaughan, and Double Trouble drummer Chris Layton. The show gets underway at 8pm ET and tickets are on sale now through the Jungle Show’s website for $25.

Sting will ring in 2021 with a performance on NBC’s New Year’s Eve 2021. (Beware: This show is hosted by Carson Daly)