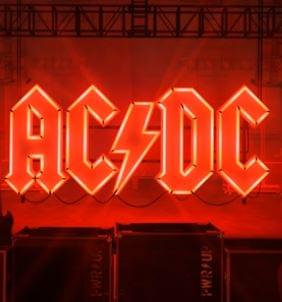 AC/DC’s new album, Power Up, debuts at number-one in the U.S. on the Billboard 200 and in the U.K. on the Official Albums Chart.

Angus Young says, “A very big thank you to everyone who put in their time, effort and creativity to get Power Up to number-one! Also a big shout out to all our fans, old and new. You are, and always have been, our guiding inspiration”.

ACDC truck 1122 SC (2).jpg
Just in time for Christmas comes the AC/DC Back in Black world tour diecast truck. It’s a foot-long, 1/64 scale replica with a hood that opens, authentic engine detail, poseable front wheels, an accurately detailed cab interior, pivoting fifth-wheel for trailer attachment, functioning trailer landing gear/jack stands, and detailed chassis and undercarriage. The band’s signatures are on the driver’s side of the trailer, and the album’s track listing is on the passenger side. It will set you back $130 when it’s released next month.