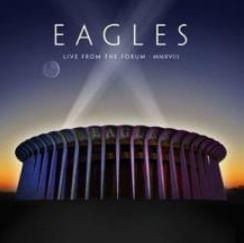 The Eagles’ new album, Live from The Forum MMXVIII, is off to a good start as 24,000 copies were sold in its first week, landing it at number-five on Billboard’s Top Album Sales chart.

This is the band’s best sales week since 2008’s Long Road Out of Eden — which sold 38,000 in its first week of release and debuted at number-four on the chart.

Live from The Forum MMXVIII is only their third live album and first without Glenn Frey, who died in 2016. It features his son Deacon and Vince Gill in his place.