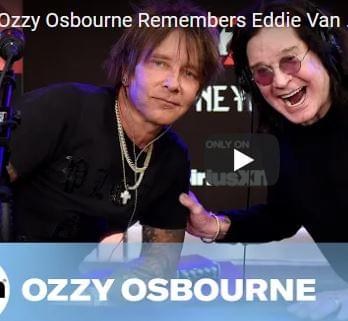 Eddie Van Halen is gone just over two weeks and in that time both Steve Perry and Sebastian Bach say they were considered for Van Halen — Perry in place of David Lee Roth, and Bach after Sammy Hagar was shown the door. Now Ozzy Osbourne says he was also asked … or was he?

Chatting about Eddie on Ozzy Speaks on Sirius-XM, he said, “He phoned me up one time and asked me if I wanted to sing in his band — way after Sammy [Hagar had left the band]. I think he was a bit drunk. We’ve all done one of them — calling at four o’clock in the morning…”

Other singers Eddie showed interest in after Roth left were Patty Smyth and Daryl Hall, both of which were well documented before Eddie’s passing.