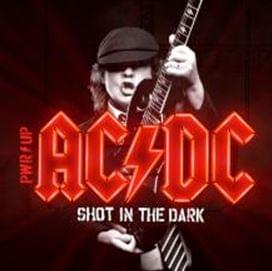 AC/DC have finally taken the wraps off their first new song in six years — “Shot in the Dark,” the first single off their new album, PWR/UP (Power Up).
PWR/UP is their first album since 2014’s Rock or Bust, and, it surprisingly features the same line-up of Angus Young, singer Brian Johnson, bassist Cliff Williams, drummer Phil Rudd and rhythm guitarist Stevie Young.

It’s surprising because Johnson wasn’t able to finish the Rock or Bust tour due to a hearing issue. Williams announced his retirement when the tour was over, and Rudd never even packed his suitcase due to legal issues.
But, Johnson is working through his hearing loss; Williams changed his mind; and Rudd cleaned up his act.

All 12 songs on PWR/UP are credited to Angus and his late brother Malcolm Young, as they were crafted around guitar riffs that were left over from the Rock or Bust sessions. Malcolm died in 2017 from dementia.
“There was a lot of great song ideas from that time,” says Angus in Rolling Stone. “At that time he said to me, ‘We’ll leave these songs for now. If we keep going, we’ll be overboard. We’ll get them on the next one.’ That always stuck with me. When I went through and listened to them, I said, ‘If I do anything in my life, I have to get these tracks down and get these tracks out.’…
“This record is pretty much a dedication to Malcolm… It’s a tribute for him like Back in Black was a tribute to Bon Scott…

“It’s been a long, long road. But it’s good that everyone came on board and we get to pump out a bit of new rock & roll for the world. At this time, with the pandemic, hopefully it gives people a few hours of toe-tapping enjoyment…”

Among the other songs are “Demon Fire,” “Witch’s Spell,” Money Shot” and “Through the Mists of Time.” It will be out on November 13th.

There is no tour scheduled, but they hope to do some shows when the pandemic ends.