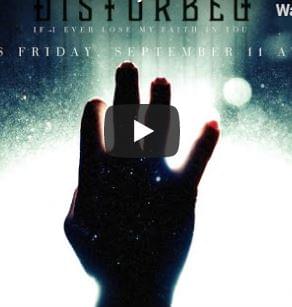 Disturbed are releasing yet another cover as a single.

This time it’s a take on “If I Ever Lose My Faith in You” by Sting. The song appeared on the Police frontman’s 1993 album Ten Summoner’s Tales. Disturbed’s version will be out Friday along with a video.