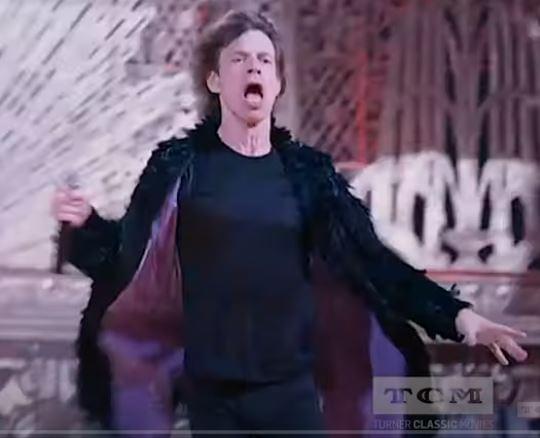 Turner Classic Movies is celebrating the final holiday weekend of the summer with a big music film festival.

The End of Summer Tour starts Friday through Sunday at 8:00 p.m. ET and runs all day on Labor Day. Here are some highlights of the 28 films being shown:

Friday features 1964’s The TAMI Show with The Beach Boys, Chuck Berry, Marvin Gaye and The Rolling Stones; 1970’s Elvis: That’s The Way It Is; 1980’s Divine Madness with Bette Midler; and The ABBA Movie from 1977.
Saturday has the 1979 Who documentary The Kids Are Alright, Martin Scorsese’s 2008 Rolling Stones concert film Shine a Light, as well as the punk and metal documentaries The Decline of Western Civilization and The Decline of Western Civilization Part 2: The Metal Years.
Sunday has Led Zeppelin’s The Song Remains the Same and two Jimi Hendrix films — the 1973 documentary Jimi Hendrix and Jimi Plays Monterey.
Monday includes the Bob Dylan documentary Don’t Look Back, Neil Young’s Heart of Gold, Monterey Pop, Woodstock and A Hard Day’s Night.
Head to the TCM website for more info. The channel has also posted a video featuring performances from nine of the films, including songs from The Rolling Stones, Sly and the Family Stone, The Beatles and more. Watch it now on YouTube.