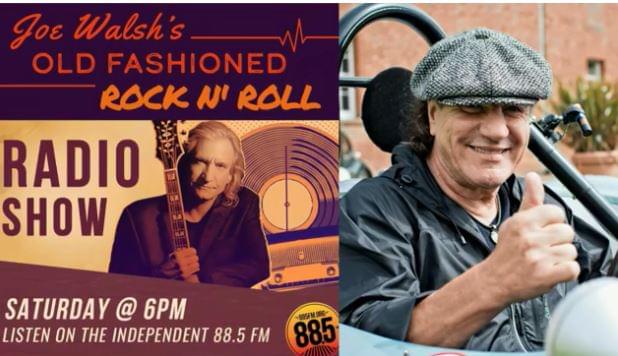 There’s yet another clue that makes those AC/DC album rumors of the past couple years seem pretty likely.

Brian Johnson appeared on Joe Walsh’s Old Fashioned Rock n’ Roll Radio Show on Saturday night, and when he was asked if he’d spoken to Angus Young lately, Johnson said, “Actually, it’s the craziest thing. Angus’s wife, Ella, she loves to cook. And that’s what we were talking about — how to make scones. It had nothing to do with music. And Angus is safe and well.”

Johnson went on talk about the rest of the lineup that has supposedly recorded a new album. “Phil [Rudd] is safe]. Cliff [Williams] is up in the mountains of North Carolina… Cliff’s a huntin’ and shootin’ and fishin’ man. And I don’t know where Stevie [Young] is. He’s somewhere.” AC/DC was rumored to announce the new album and a tour this year, but the pandemic has postponed those plans.

Johnson added that staying at home has made him really miss concerts. “I think it’s made us realize how much we took for granted. When you’ve gone to a gig or something and you hear somebody hit that guitar, like your good self, and just knock the snot out of it and you just get that shiver down your back. Now when you hear a band start up, hearing the live music — I think that’s a big miss for everybody.”