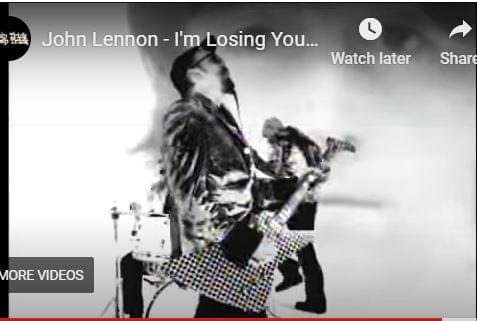 While it was a dream for Nielsen to play with a member of The Beatles, it wasn’t an easy decision.

Rick Nielsen on missing the birth of his son Daxx on August 12th, 1980 to record with John Lennon.

“Got asked to do this and got to keep it quiet quiet, hush hush. And I got a phone call at five in the morning that my third son (Daxx) had been born. And, I would have been home (in Rockford, Illinois) except for the fact that I was asked to do this hush hush thing with John Lennon. So I smuggled some Cuban cigars from Montreal and we all smoked and toasted in the studio with John and Yoko and (producer) Jack Douglas. Thank God I got an understanding son (Daxx) and an understanding wife (Karen).”

Jack Douglas, who produced Cheap Trick’s self-titled debut album as well as being the music supervisor on At Budokan, brought Rick and Bun E. in to play on Lennon’s “I’m Losing You” and Yoko‘s “I’m Moving On” for their Double Fantasy album.

“It was musician to musician. As John came in, saw me and said, ‘Oh, it’s you guys.’ ‘Cause Jack [Douglas] had said, ‘I got these guys, Cheap Trick, Rick Nielsen’ or whatever… I think he thought it was Ricky Nelson, Ozzy & Harriet or something. But then it was fine. I mean it went really well.”

The sessions with Rick and Bun E. didn’t make the Double Fantasy album. The version of “I’m Losing You” with them was released in 1998 on the John Lennon Anthology.

Daxx, who took over for Bun E. Carlos in Cheap Trick in 2010, celebrates his 40th birthday today (Wednesday).

In 1998, Lennon’s son Sean told Cheap Trick bassist Tom Petersson that he didn’t know his dad was “that hip” when he learned he had Rick and Bun E. recorded with him.