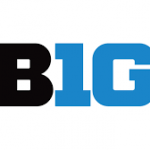 The Big Ten is expected to unveil its 2020 football schedule as early as today. Big Ten athletic directors and coaches met Thursday via conference call to discuss the topic. While the exact schedules are still unknown, it is expected that Big Ten play will begin Sept. 5th, with teams playing 10-game schedules and having three to five open dates. Schedules are also expected to be frontloaded with divisional games, as the conference is attempting to limit travel as much as it can in the early stages of the season. Bill Moos has called the continued scheduling uncertainty frustrating and says a move to spring football is the last of several options the Big Ten is considering.

The SEC presidents and chancellors on Thursday approved a 10-game, conference-only football schedule for the fall that begins on Sept. 26th. The schedule includes one open date for each school in the middle of the season, as well as an open date on Dec. 12th for all teams. The SEC title game is scheduled for Dec. 19th, two weeks later than planned, at Mercedes-Benz Stadium in Atlanta.

The Big 12 has canceled its preseason virtual media day. The league said it has not yet determined if it would reschedule the event. The Big 12 has not yet made a decision on its football season. The league’s members have expressed hope that they can play a 12-game season, but whether that is feasible is still uncertain.

College athletes can now wear patches on their uniforms to honor causes they support, including social justice initiatives. The NCAA’s Playing Rules Oversight Panel announced the change Thursday. Under current rules, patches are either banned or unaddressed in Division I sports.

Nebraska Wrestling Head Coach Mark Manning announced the addition of Elise Brown Ton to the roster on Thursday. A native of Allen, Texas, Brown Ton is a two-time Texas state champion. During his senior season, he capped a 42-2 season with the state crown at 160 pounds. Brown Ton also won three consecutive Texas-USA Wrestling State Championship titles in Freestyle and Greco-Roman. In 2019, he won the Junior Boys 160-pound division after capturing Cadet titles in 2017 and 2018.