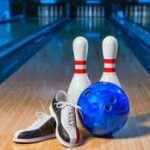 An NCAA ruling this week to open up the on campus facilities June 1st for football and basketball is just the first step according to Nebraska officials. The Huskers await final approval from the Big Ten. Also a decision today from the SEC on its return date may point the way. Ohio State and Louisville have already announced their facilities will reopen June 8. Nebraska has also formed a working group focused on the logistics surrounding health and safety as athletes begin to return over the coming weeks.

Husker volleyball coach John Cook says he thinks his program might be in for a conference-only slate. Cook also said if Non conference games were to be scheduled they would likely be against Creighton and UNO to limit travel. Cook’s comments came on a podcast released by the University last night (Thr).

The Nebraska men’s basketball team has added a walk-on guard to its 2020-21 roster.Chris McGraw, a Columbus, Ohio, native, is a 5-foot-11 guard who spent his freshman season as a walk-on at Ohio University in 2018-19 before transferring to Division III Otterbein (Ohio) University last season. He was added to Nebraska’s online roster Thursday. McGraw didn’t play for Otterbein last season because of injury. At Ohio, McGraw appeared in five games, playing a total of six minutes, before transferring back to Otterbein.

Bowling will become the first newly sanctioned sport in Nebraska since the 1990’s. Girls wrestling will have to wait longer to get a full state-tournament. The NSAA board of directors met via Zoom yesterday and girls wrestling came up three votes short of being sanctioned. It was approved as an emerging sport for the next three years. The board also approved starting the eight-man football playoffs with a substate round for the 32 qualifying teams with a split based on geography. The 16 winners will be placed on a statewide bracket.

The NSAA has lost $778,000 in gate receipts because of the pandemic. About $500,000 of that sum is traced back to the crowd restrictions at the boys state basketball. But stabilizing the organization’s financial situation is a cash reserve of approximately $3 million dollars and a loan of about $280,000 from the federal government’s Paycheck Protection Program.

The Nebraska American Legion Executive Committee has approved plans to move forward with a legion baseball season. That according to a post on the Nebraska Legion baseball website. Chairman Jody Moeller says the group will soon be posting registration forms and updated rules. Kearney Legion officials are meeting next Tuesday to decide how they will move forward

At his daily COVID-19 news conference Thursday, Gov. Pete Ricketts listed volleyball along with tennis, golf and rodeo will be allowed to resume with practices beginning June 1 and games on June 18. This possibly opens the door for summer leagues and team camps for the state’s high school volleyball programs.

The Kearney High School weight room will reopen on June 15th. Kearney High School Strength Coaches and the Activities Director are developing a plan to safely open the weight room with prescripted times and dates for athletes to participate in strength and conditioning training. The weight room will open with directive health measures in place. Once complete, the plan will be communicated by the head coaches to their student-athletes. The weight room will not be open to the public or staff. Horizon and Sunrise Middle School weight rooms are not included in the plan at this time. Current state and NSAA guidelines designate that athletic teams, fine arts, and other high school activity groups are not to meet for practices.