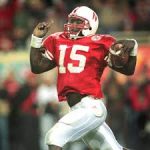 The 1995 Huskers are the top ranked team in the Athletic’s list of most dominant football teams of the last 50 years. Going 12-0 that season, the 95 Huskers scored at least 35-plus points in every game, including six showings of 50 or more. In the Fiesta Bowl against second-ranked Florida, the Huskers cruised to a 62-24 victory. The 95 Huskers also topped three other Top 10 teams that season by a combined score of 134-49. No team lost to Nebraska by less than 14 points. Following Nebraska in the top five are the 2001 Miami Hurricanes, the 1971 edition of the Cornhuskers, last season’s champion the LSU Tigers and the 1972 USC Trojans. Nebraska and Alabama each had four different teams on the list.

Former Husker walk-on AJ Forbes has announced his transfer destination… Montana. A Bellevue West graduate, Forbes walked onto the program in 2018. He redshirted his first year, but did not play a snap during his freshman season. He will have three years of eligibility remaining.

Husker walk-ons Corbin Ruth and Riley Moses have been cited after a second loud-party complaint, and could face further legal action for violating pandemic restrictions.

Nebraska and Big Ten officials are watching the SEC closely this week. SEC presidents and chancellors are scheduled to vote on Friday whether to allow their schools to open athletic facilities to student-athletes for voluntary workouts in June. If SEC presidents and chancellors vote to allow access, it likely would increase the chances of the Big Ten immediately following. The Big Ten has loosely identified June 8th for opening up schools for voluntary workouts, but nothing’s set.

Nebraska senior golfer Kate Smith is this year’s Big Ten Mary Fossum award winner. Smith is Nebraska’s first ever winner of the award that goes to the player with the lowest stroke average. She had a 72.18 average over 17 rounds during the 2019-20 season.