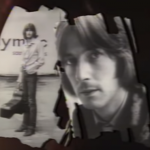 The Hook: The first JJ Cale song Eric ever heard and the first one he recorded.

Background: Eric Clapton is a huge fan of the late JJ Cale. After he recorded such Cale songs as “After Midnight” and “Cocaine,” the two finally recorded an album together in 2006. Clapton recalls finding out just how mysterious a character Cale — who he calls John — was after being introduced to his music by Delaney Bramlett of Delaney and Bonnie, who would soon produce Clapton’s self-titled first solo album.

Eric Clapton on being introduced to John “JJ” Cale’s “After Midnight” by the late Delaney Bramlett of Delaney and Bonnie.