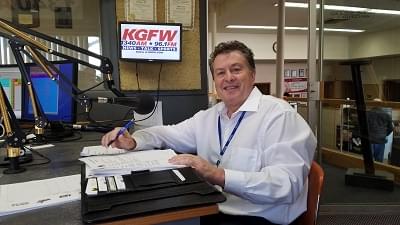 KEARNEY, Neb. – (KGFW) Kearney Mayor Stan Clouse joined Talk of the Town Tuesday to share his meeting with Dannette Smith, Executive Officer of the Nebraska Department of Health and Human Services and her stance on the Kearney YRTC facility.

“Senator Lowe had Dannette Smith come out Sunday afternoon and so the timing was perfect for her to come out. She has a lot of experience and is very knowledgeable. I felt confident in the few hours meeting with her that she could take the necessary steps to fix this problem. The challenge we have is a lot of roadblocks in Lincoln with the Legislature.”

“She said I wanted to come out to Kearney and host a press conference and bring everyone up to speed with the corrective actions we are taking. Some are short-term and we are working on long-term fixes for the situation. She’s working on a lot of things and this is one of her top priorities I can assure you.”

“It’s the first time I’ve heard someone make a statement that we’ve been making for the last 20 years with the change in youth that are put out there. Finally someone is listening to us that understands. She doesn’t have to have a press conference, she could just put out a press release and say this is how we’ll deal with it and then it becomes our problem. She’s owning it and she’s going to step up and do what needs to happen.”