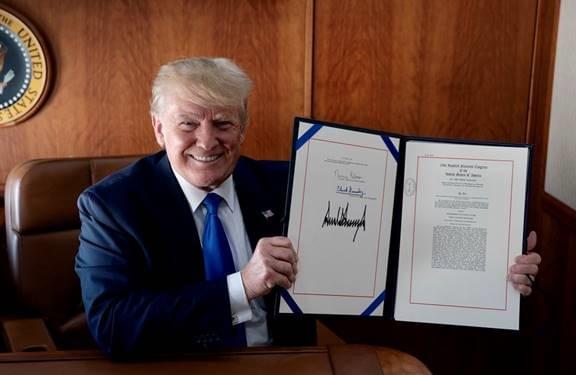 LINCOLN, Neb. – The following is from the Nebraska Farm Bureau:

“Today’s signing of the Phase One deal with China is positive for American agriculture and Nebraska’s farm and ranch families. There’s no question it’s a critical step forward in stopping escalation of the trade dispute with what has been one of our largest trading partners and purchasers of Nebraska agricultural commodities; particularly Nebraska soybeans. Equally important, this deal opens the door for the U.S. to regain a foothold in Chinese markets.

Make no mistake, there’s a lot of ground for the U.S. to make up. Our diminished access created cracks allowing many of our global competitors to make inroads into China. While we’re still learning about the full provisions, there appears to be much promise in this deal for agriculture. We are extremely hopeful the excitement around the agreement is validated by the Chinese in the form of significantly increased purchases of U.S. and Nebraska agricultural commodities and products moving forward.”

The following is from the office of Senator Ben Sasse:

“Trade is always good news. Every Nebraskan is rooting for the President to get good deals done. More trade is a win-win for Nebraska’s farmers and ranchers. The Chinese aren’t our foes, but the tyrants running the Chinese Communist Party are. Nebraskans want to keep the pressure on the commies in Beijing and make sure Chinese families can enjoy the best ag products in the world.”

The following is from the office of Governor Pete Ricketts:

“Congratulations to President Trump on securing a Phase One trade deal with China.  The President’s relentless focus on right-sizing our trade relationship with China is important for Nebraska as we seek to expand markets for our ag products around the world.  Looking to the future, the U.S. must stay the course on addressing remaining priorities in our national interest in Phase Two.”