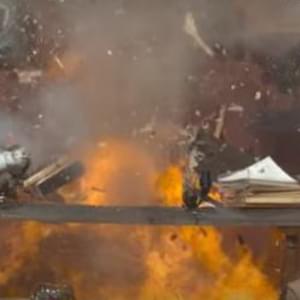 The rumors are true — Motley Crue is returning to the road.

They’ve issued a statement — and a video — saying they’re blowing up the “cessation of touring” contract because “a whole new generation of Crueheads are relentlessly demanding for the band to come back together. Following the huge success of their Netflix biopic The Dirt, [the band] has seen a massive surge in new audience.”

The band’s site added that fans can text MotleyCrueIsBack to [855] 580-2783 to get info on when new dates will be announced. Those new dates are expected to be a summer stadium tour with Def Leppard and Poison