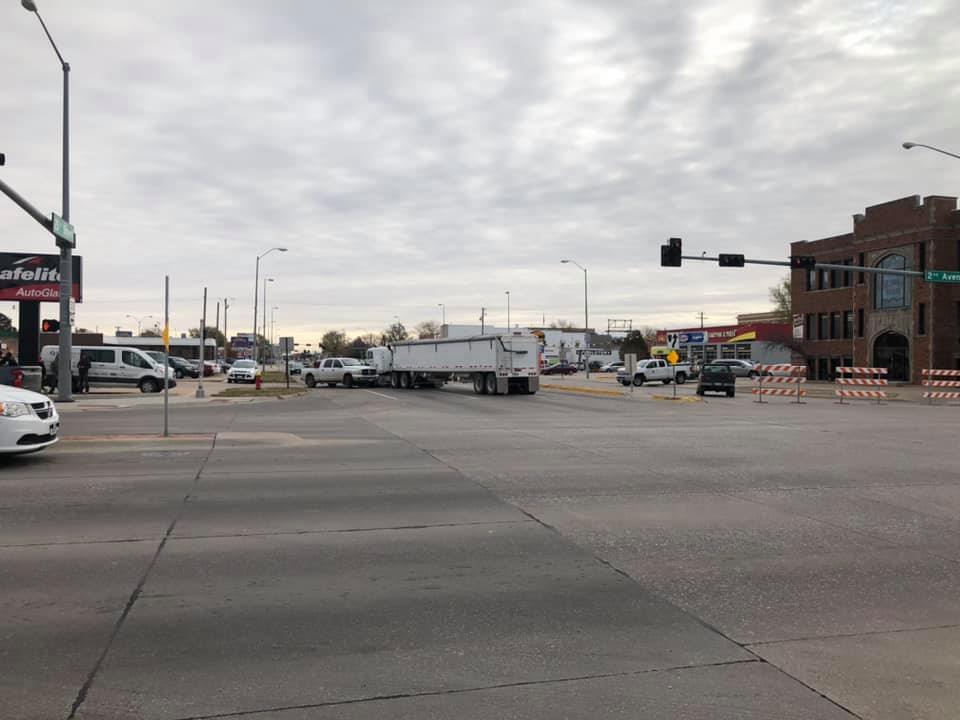 KEARNEY, Neb. – The following is from the Kearney Police Department:

The vehicle was struck by a City of Kearney sanitation truck as well as a semi hauling a fully loaded grain trailer. The semi continued eastbound into the intersection of 25th Street and 2nd Avenue where it struck a Ford Ranger pickup and then crossed over into the westbound traffic lanes striking a Dodge Ram pulling a flatbed trailer.

This collision forced the pickup and trailer into a Lexus in the adjacent lane. The seventh vehicle involved, a Ford Escape, was traveling westbound on 25th Street, saw the collision occurring and took evasive action causing minor damage to this vehicle as well.