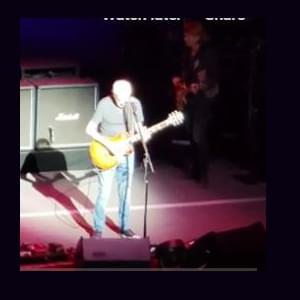 Peter Frampton welcomed a couple of friends to the stage in Seattle Wednesday night — Matt Cameron and Mike McCready of Pearl Jam.
They teamed up for an instrumental cover of Soundgarden’s “Black Hole Sun,” which they recorded together in 2006 for Frampton’s Grammy-winning instrumental album Fingerprints.
Before they started, Frampton told the audience, “After the record came out, Chris Cornell called me up and asked me to come play it with him live, and that was one of the better moments of my life. Having time with Chris Cornell and becoming his friend.”
Watch the performance on YouTube.