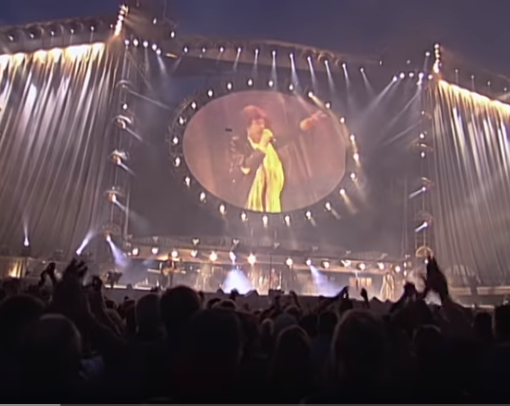 Now that The Rolling Stones‘ No Filter tour has concluded, longtime backing singer Bernard Fowler says he’s turning his attention to promotingInside Out, an album of Stones covers that came out in April.

Fowler plans to do live shows to get the word out on the album and is already thinking about a follow-up. Like Inside Out, it would have him reciting, rather than singing, some of Mick Jagger and Keith Richards‘ best lyrics over music that emphasizes percussion over melodic instruments.

Fowler chose some obscure album tracks rather than hits for Inside Out, though he did eventually add “Sympathy for the Devil” and a song he felt a connection to from his youth, “Undercover of the Night.”

Fowler says he kept Jagger and Richards apprised of his progress as he was making the album.

The critics and Fowler’s fans and friends obviously agreed, as the album received rave reviews and strong word-of-mouth praise

Fowler has not decided if the follow-up will be all Jagger-Richards songs or might include songs by other artists. He also says he’s planning to record a follow-up to his first American release, 2015’s The Bura, sometime soon.

Fowler did A Bowie Celebration: The David Bowie Alumni Tour at the beginning of the year, but tells us at the moment he’s not planning to do the next one, which will play Europe in early 2020.