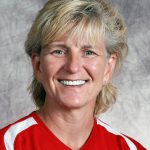 The College Athlete Advocacy Initiative (CAAI) released a statement Friday afternoon stating that it supports the Husker softball players who broke their “university-imposed silence” that alleged that their head coach, Rhonda Revelle, had subjugated them to verbal and psychological abuse.

In the statement, the CAAI said that the players alleged that Revelle consistently used intimidation tactics, fat-shamed players, had a disregard for their injuries and held excessively long practices.

Also, the CAAI says that the players alleged that Revelle sent them hundreds of text messages about their “personal lives and romantic relationships” and that some were coerced into playing through injuries.

Revelle, who has been the head coach of NU’s softball team since 1993, was recently reinstated by Nebraska Athletic Director Bill Moos on Sunday following a lengthy, nearly two month long review. The University issued a statement Sunday evening that stated Moos, Revelle, nor any of the players would be made available to the media for further comment.

“Our student-athletes’ well-being will always be the top priority at the University of Nebraska,” Moos said in the statement. “Members of our softball team brought forward concerns regarding Coach Revelle and we took their concerns very seriously and initiated a comprehensive review.

“After reviewing the findings, I have concluded that Coach Revelle will continue to lead our softball program. Coach Revelle and her staff understand the seriousness of the student-athlete concerns and are committed to providing a complete and positive student-athlete experience on the field, in the classroom and in life.”

Revelle is the winningest coach in the history of Nebraska athletics, male or female. The Huskers have struggled in recent years however, having failed to make an appearance in the NCAA Regionals the past three seasons.

NU’s slate of fall games will get underway on September 22nd, in a doubleheader against UNO in Lincoln at Bowlin Stadium. The Huskers will play a total of seven games this fall.