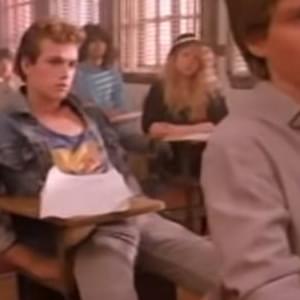 Back in the day MTV played videos, some of those didn’t make the play list.  Like this one from Twisted Sister’s “Be Chrool To Your Scuel”. The video also include our favorite night time radio host Alice Cooper, Bobcat Goldthwaite, and musicians like Billy Joel, Brian Setzer ans Clarence Clemons all took part. Look for Perry as a student at the beginning and a zombie later on in the video.

MTV was under intense scrutiny from a parents standards type group at the time, and according to Dee Snider that’s why the ambitious video never hit the screen.