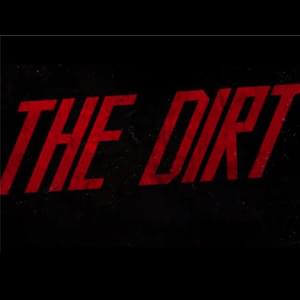 Motley Crue have shared a snippet of one of the new songs from the upcoming soundtrack to The Dirt.

The new video has scenes from them recording “The Dirt (Est. 1981)” last year. The track also features rapper Machine Gun Kelly, who plays Tommy Lee in the film. Details about the soundtrack release are expected next week. The Dirt debuts on Netflix on March 22nd.

There’s only about four more weeks until Motley Crue’s long-awaited biopic The Dirt is released on Netflix, and the streaming service is finally offering fans a glimpse of the new movie.
Based on the band’s collective memoir from 2006, The Dirt looks to faithfully and unabashedly recreate the scenes from the band’s past, from the time bassist Nikki Sixx conceived of the idea of Motley Crue to the personal journeys of the band members.
The trailer flashes through key moments, like the fatal car crash Vince Neil was involved in that resulted in the death of Hanoi Rocks drummer Nicholas “Razzle” Dingley, Tommy Lee’s divorce from Heather Locklear and Sixx being revived after a heroin overdose. Check it out.