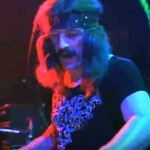 by the unveiling of a statue of the Led Zeppelin drummer in his hometown of Redditch, England. The bronze sculpture of Bonham behind his drum kit is life-sized and weighs more than 5,000 pounds. It’s covered in anti-graffiti paint and emblazoned with an ungrammatical sentence: “The most outstanding and original drummer of his time, John Bonham’s popularity and influence continue to resonate with the world of music and beyond.” Bonham died on September 25th, 1980 at the age of 32. 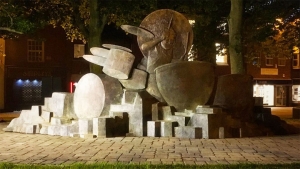 We remember John Bonham with this Classic Cut

The Hook: The late John Bonham’s drum solo was edited into the track — and the engineer says that’s OK.

Stats: Not released as a single here or in the U.K., though it was in Italy and Singapore.
Background: Eddie Kramer was producer Jimmy Page’s recording engineer on a number of Led Zeppelin’s albums. Kramer — who also worked with The Beatles, The Rolling Stones and, most famously, Jimi Hendrix — says he did a lot of tape splicing on Zeppelin tracks. He recalls that John Bonham’s drum showcase, “Moby Dick,” was a prime example.