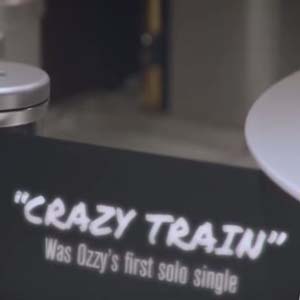 “Crazy Train” was the first single from Ozzy’s debut Blizzard of Ozz.  The song was written by Ozzy and Randy Rhoads.  The song is one of Osbourne’s best known and recognizable as a solo performer.  It was rated 9th greatest guitar solo ever by Guitar World.  When Ozzy and Jack Osbourne fin the original recording, they had to have a listen!  Watch Ozzy said he hasn’t heard this since recording it!